Reasons why you should block Mao/Daizhige Mastodon instances

Key reasons why you should block Mao (aka: Daizhige, domain: *.mastodonhub.com) Mastodon instances:

Duplicating accounts from other instances without any permission

Mao (mao.mastodonhub.com) has been duplicating at least hundreds of Mastodon accounts from Pawoo.net and other instances to its own instance without the permission of the original account owners.

To find out whether your account has been duplicated, you can type “mao.mastodonhub.com/@yourmastodonhandle” in the address bar. Replace your_mastodon_handle by your account handle.

The mirror accounts have been cached from the Fediverse since 2018 and generated by processing in the background of Mao's server. To validate this theory, someone built a test server and successfully replicated this process – those accounts were deliberately mirrored and were not created by mistake. 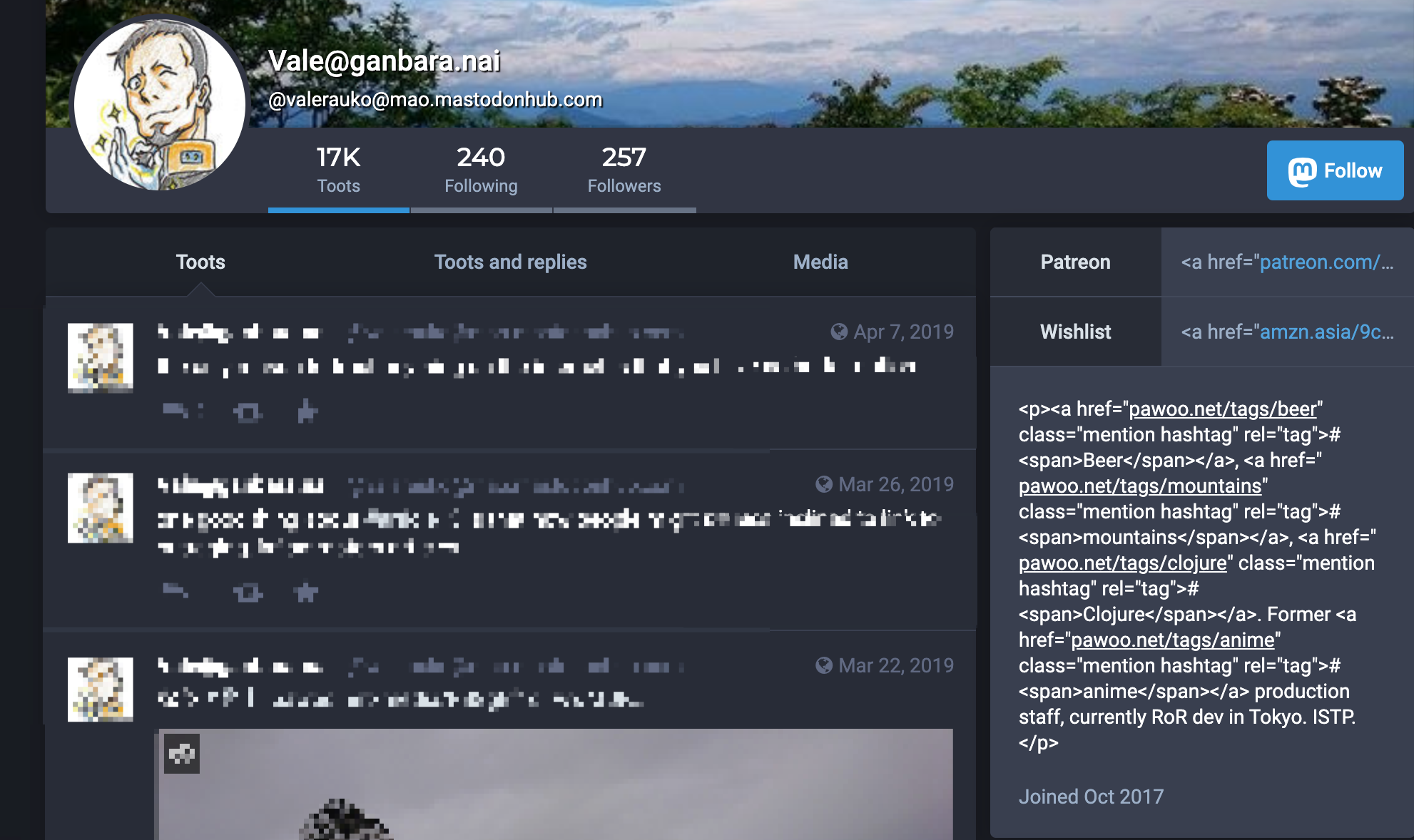 On December 13, 2020, Mao's admin made an announcement stating that he refuses to take any responsibility or proactively delete these fake accounts. If users want to delete the mirrored accounts and contents, they need to contact Mao's admin and make a request.

Mao openly advertises its own instance as the only Chinese instance, and all other Chinese instances are branches of its site. They are intentionally misleading new users who have not known Mastodon's decentralization mechanism.

In its user guide, Mao claims itself to be the “largest Chinese mastodon instance” and uses “嘟嘟长毛象” (Toot, Mastodon) to name the mobile apps they developed, thus creating a false image of themselves as the “official Mastodon platform”, without mentioning that the most important feature of mastodon is the decentralized private instances, and so called “official platform” simply doesn't exist.

In early 2020, Mao had it servers located in Beijing, China mainland.

On May 25, 2020, Mao suddenly shut down its service (for unjustifiable reasons) without properly informing users in advance. The instance was shut down only 30 minutes after Mao's announcement, leaving its users no time for backups.

The instance went live again in July 2020 and moved its servers to Hong Kong.

Mao published a list of instance info (including alternate domains that are used to circumvent the Chinese Great Firewall) on Weibo (Chinese social media), which is heavily censored by the Chinese government. This would very likely jeopardize those instance admins who live in China.

Mao intends to sell its Mastodon hosting service through subdomains of mastodonhub.com.

Based on an analysis of its ICP license and IP addresses, it appears that Mao is controlled by, or at least affiliated with, a China-based public company with registered capital of ¥18,250,000 and total operating revenue of ¥24,542,198 in FY 2019.

Mao created a microblog-like, non-open source proprietary Mastodon App which requests for unnecessary permission that may potentially violate user's privacy. It also advertised only its own instance in the app interface when it was published.

It also outlines that the admins can do whatever they want and they don't accept any criticism. If you disrespect the admin, your account will get deleted.

Mao censors and deletes user-posted contents and accounts in favour of the Chinese Communist Party (CCP).

How to block Mao instances as instance admin